Bowel cancer is the second largest cause of cancer deaths in Australia, with this country having the unenviable record of one of the highest rates of bowel cancer in the world.

By the time they reach the age of 85, one in 12 people will be diagnosed with bowel cancer and every week some 286 new cases are diagnosed. Of these, 77 will die from the disease. This means that just under 15,000 Australians are told they have bowel cancer every year, and it has become our second biggest cancer killer after lung cancer, claiming the lives of around nearly 4,000 people every year.

The good news is that bowel cancer is one of the most curable types of cancer if detected early and, if caught in time, 90% of bowel cancer cases can be treated successfully.

This week we are celebrating Red Aussie Apple Day (bowel cancer) as part of bowel cancer awareness month and this event encourages us to support the vital work of Bowel Cancer Australia through the purchase of a $2 apple pin.

'Apple pins' are used as symbolic representations of the bowel cancer message. A small hole in an apple is caused by a worm but if detected early and removed, the worm is unable to infect and kill the otherwise healthy apple.

The message is that it's the same with people - if bowel cancer is detected early through screening it can be removed and people can continue to enjoy a healthy life. However, at the moment only about 40% of bowel cancers are detected early so we need to start acting early and be aware of the symptoms earlier.

If bowel cancer is detected before it has spread beyond the bowel, the chance of surviving for at least five years after diagnosis is around 90% and most people are able to return to their current lifestyle.

Sadly, most cases are not detected until a later stage and so, overall, close to only 60% of people diagnosed with the disease survive five years.

The fact is that early detection offers the best hope of reducing the number of Australians who die each year from bowel cancer.

The risk of developing bowel cancer is greater if you:

Most bowel cancers develop from non-cancerous growths of tissue called 'polyps'. Not all polyps become cancerous and if they are removed the risk of bowel cancer is reduced. If the cancer isn't treated, the cancer can grow through the wall of the bowel and spread to the lymph nodes and to other parts of the body.

It is important to speak to a health professional about any concerns you may have is important.

Our local community pharmacy is your health destination and our Self Care pharmacists can give you more information about issues affecting your bowel. Our Self Care pharmacy has a range of fact cards including ones which cover the topics of fibre and bowel health.

Our pharmacists can also advise you about bowel cancer screening test kits which are designed for people who do not have any obvious symptoms of the disease. The aim is to find any polyps or to find cancer early when they are easier to treat and cure. The BowelScreen Australia test kits come complete with full instructions, a dedicated customer helpline, as well as an annual reminder service.

Come in and talk to us today - before it becomes too late.

Reproduced from the PSA Health Column 18/6/15 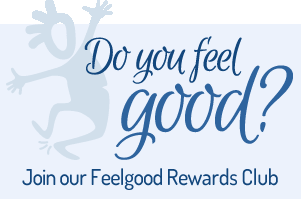 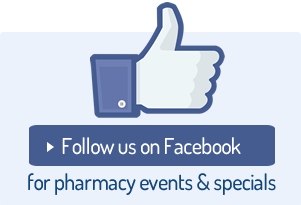